Cannabis topicals – you’ve heard of the benefits of medical marijuana and the myriad ways you can consume it, but do cannabis creams, lotions and salves hold any merit?

As more and more new ways to use cannabis emerge, cannabis topicals haven taken the spotlight of being one of the industry’s trendiest items. Whether it be infused lotions, creams, or balms, cannabis topicals tout that they are an effective way to alleviate localized pain and provide therapeutic relief.

Here’s how they do it and why they’re becoming more and more pervasive among athletes and everyday consumers alike!

Cannabis Topicals – What Are They?

Medical cannabis comes in many forms. For patients who rely on medical cannabis for relief, there is no shortage of options. Cannabis topicals are any salves, creams, or oils that are infused with THC or CBD to be used on the consumer’s skin. Topicals can be beneficial in treating localized pain, skin-related conditions, or inflammation. Whether topicals are an effective remedy or not, is something we’ll cover later in the article.

Along with salves, creams, and lotions that can be purchased, there are also patches, sprays, oils, and gels. While the most common infused compounds are THC and CBD, there is a growing interest in Cannabinol (CBN) and Cannabigerol (CBG).

Aside from the infused cannabinoids, other ingredients include various essential oils, vitamins, and compounds like aloe vera, shea butter, vegetable glycerin, and more. The range of ingredients is typically the same as any non-infused skincare or bath products.

How Do Cannabis Topicals work?

Since topicals are not orally consumed or inhaled, they are not processed by the lungs or digestive tract. Instead, the cannabinoids are absorbed by the receptors in our skin, notably the CB2 receptors, and in lesser quantities, the CB1 receptors. Having the cannabinoids making contact directly with our skin provides a fast response and localized relief.

One study explores the transdermal application of CBD in rats with arthritis. The research found that topicals provided reductions in both pain and inflammation. The benefits of topical applications include avoiding problems with gastrointestinal administration and first-pass metabolism as well as more balanced plasma levels.

As mentioned before there are two main types of endocannabinoid receptors called the CB1 and CB2 receptors. The CB1 receptors are abundant in the central nervous system and are instrumental in utilizing cannabinoids for pain relief. This explains the reason why the inhalation and ingestion of cannabis products lead to their pain-numbing effects.

The CB2 receptors are abundant in the peripheral immune system including the skin. CB2 receptors are known to deal with inflammation, which is why topicals are generally ideal for those looking to experience the benefits of CBD without the cannabis high.

Based on scientific evidence, CB1 and CB2 receptors are found throughout the skin, mainly within cutaneous nerve fiber bundles, epithelial cells of hair follicles, sebocytes, and sweat glands.

They are also active in immune cells and the spinal nervous system. That said, the endocannabinoid system is heavily involved in the maintenance and regulation of skin homeostasis and barrier formation/regeneration. The impairment of the ECS is implicated in many common diseases and disorders such as acne, atopic dermatitis, hair disorders, psoriasis, scleroderma, and various tumors.

How Do You Use Them?

Cannabis topicals should be treated the same as any other skincare and bath products with the exception that they are infused with cannabinoids. Depending on the product, topicals may be used in a variety of ways. For example, bath salts may be used to soak the tub for a relaxing bath and lotions may be used to moisturize your skin. The list goes on.

What are Transdermal Patches?

The most common ways for cannabinoids to be infused are through extracts, isolates, or oils. Transdermal patches are an innovative method of cannabis consumption allowing its users to experience the cannabis high without any inhalation or contact with the flower itself. Transdermal patches work by making their way through the skin where the cannabinoids can make their way into the bloodstream.

Transdermal patches may also come in split ratios of these cannabinoids as to let consumers pick and choose their desired combinations.

The isolated cannabinoids allow for specialized relief, providing a slow release of cannabinoids effective as an all-day or all-night remedy. For those who enjoy all that cannabis has to offer, transdermal patches are a great alternative to smoking or vaporizing cannabis due to their stealth and discretion.

Who Should use Cannabis topicals?

For those who are interested in marijuana’s nonintoxicating effects, topicals could be an effective option. Individuals who are looking to treat pain, inflammation or skin conditions such as Edema or Psoriasis may benefit from the use of topicals.

Many topicals are typically non-intoxicating as the THC and other cannabinoids will need to enter the consumer’s bloodstream in order to produce their psychoactive effects.

That said, cannabis topicals that are applied to broken skin have the chance to breach the bloodstream, causing mild psychoactive effects. To avoid potential intoxication, maintain the habit of washing your hands after application and stay clear of cannabis-infused transdermal patches.

While the details of topical cannabis products are still under debate, research is suggesting that topicals are emerging as an effective solution for those who are in need of CBDs medical effects. That said, honing the specific attributes with the use of transdermal patches is slowly becoming a viable alternative to smoking or vaporizing cannabis. Why not try a few products out? 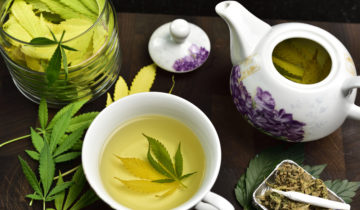 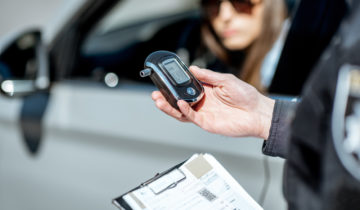 How Does a Weed Breathalyzer Work & Is it Effective?

Hash Oil Deep Dive & How to Make Your Own at Home