With so many different cannabis smoking apparatuses currently available on the market today, it would be understandable if the modest chillum pipe may have slipped under your radar.

In fact, many modern cannabis users remain unaware of this piece of cannabis pipe history.

Recently, the chillum has experienced a resurgence in popularity as a convenient method for administering a quick and discreet dose of THC. This practicality, coupled with its small and portable nature, has inspired some users to actively seek these pipes out for an efficient vessel to smoke dry herb.

If you’re still unaware of what a chillum is, don’t worry.

Today, we will be unravelling the complex tapestry of its existence to define what it is, how it differs from other cannabis hand pipes, the perceived benefits of a chillum, and how to use one effectively.

What is a Chillum?

Also known as a chillum pipe, glass chillum, one-hitter, glass one-hitter and more, chillums are a type of clay or glass cannabis pipe used for smoking.

The instrument itself has origins in the subcontinent of India, where Monks known as Sadhus have been smoking chillum since the 18th century.

In this way, chillums are often associated with spirituality and meditation across Eastern Europe and Asia.

Their primary function is to smoke cannabis or tobacco. However, in most instances, it’s traditional to incorporate both. A chillum pipe is made of clay in its most traditional form and consists of a straight conical pipe with an end-to-end channel.

However, more modern examples you come across will likely be made of glass.

These smoking devices also come in various sizes, with the size of the chillum having a direct bearing on the effects. Smaller chillums, for example, will bring hot cannabis smoke directly into the mouth, causing the smoker to feel the effects almost instantaneously.

From its humble beginnings, the chillum spread from India to the rest of the world during the mid-1960s. That said, these smoking devices didn’t achieve western popularity until much later in the 20th century.

Compared to a standard cannabis hand pipe, chillums are typically smaller in size.

Additionally, one of the biggest differences is that chillums lack a carburetor, also known as a carb for short.

If you aren’t already aware, a carburetor is a small hole on the left side of a cannabis bowl.

Smokers cover this hole with their thumb or finger to direct the airflow to their mouth from the bowl. Once they remove their finger from the carb, they can clear the bowl of cannabis and inhale all of the smoke.

Because they do not have a carburetor, chillums have less overall airflow control for the pipe itself. The bowl will continue to burn for as long as it can sustain itself because there is no precise way to control the airflow.

In their most traditional clay form, users will need to use closed fists or a piece of cloth to act as a filter.

As we briefly touched on previously, the chillum has experienced a resurgence of popularity in recent years, with cannabis users praising the small smoking device for its various versatility.

Below, we will outline some of the most common claims in support of using a chillum.

Although chillums have been amongst the cannabis community for generations, it’s typically a common desire for many marijuana users not to draw any unnecessary attention surrounding themselves and their cannabis use.

Since those outside the community are vastly unaware of what a chillum is, let alone what it looks like, this provides a keen advantage for discretion.

In other words, this unfamiliarity works to the benefit of cannabis consumers.

It grants them the comfort of travelling and carrying their chillum or one-hitter pipe wherever they choose to go.

Chillums also provide the assurance that many people will likely not recognize what it is until they find a suitable location where they feel comfortable using it.

Due to their small stature and uncomplicated body, many users favour chillums because they are incredibly straightforward and easy to clean.

All users need to do is heat the outside of the chillum to soften the hardened resin inside.

Then, take a paper clip or thin cleaning brush and begin cleaning the inside of the bowl until all the excess debris comes off. However, it’s important not to scrub too hard for the risk of scratching the glass or clay.

By being so simple to clean, users can appreciate the convenience of doing so quickly and efficiently before packing up to transport or using their chillum.

Unlike other smoking accessories such as bongs, which see an increase in price as the intricacy of their initial design becomes more complex, the simplicity of a chillum means that they are relatively inexpensive to purchase.

In many instances, users use these lower prices to justify disposing of their chillums after only a few uses or when the resin build-up becomes so extreme that the chillum won’t pull air through anymore.

Many users also prefer chillums because they don’t require replacement cartridges or other accessories that devices such as THC vape pens need.

All they need to use this simple yet effective smoking device is their cannabis or tobacco of choice.

How to Use a Chillum

As described above, there are several supposed benefits for opting to use a chillum for consuming cannabis. With this in mind, there is also more than one method for using one, which we will outline below.

Step 1 – Grind your cannabis flower in a weed grinder or using scissors.

Step 2 – Once your dry herb is finely ground, take your chillum and push the bowl end into the ground weed with a small, twisting motion. This twisting action will pack the cannabis tighter in with each twist.

Step 3 – Lift the chillum and examine the bowl. If deemed necessary, add more cannabis if desired.

Step 4 – Bring the chillum mouthpiece to your lips and pull.

Step 5 – Inhale the smoke gently and slowly. If you pull or inhale too aggressively, you’ll likely get ash in your mouth. You only need to spark the bowl to light it. You don’t need to hold the lighter flame to the flower. Once it’s lit, it’s ready.

Users can repeat the above steps using one-hitters until they achieve their optimal results or effects. Traditional chillums have straight and narrow airflow, meaning they will carry the smoke directly to your lungs.

New users should keep this fact in mind when trying one for the first time, as they may receive a temporary head rush and more intense effects than they might initially imagine from such a small smoking device.

From Old to New

From its humble beginnings in India centuries ago, the chillum pipe has been a favoured choice among the cannabis community for generations.

Users appreciate these simple yet straightforward devices for their ease of use, portability, discretion and simple cleaning techniques.

Depending on the individual user’s specific needs, a chillum could pose a practical and convenient device for users looking to remain inconspicuous with their cannabis use and avoid unnecessary or unwarranted attention.

In this sense, even as the cannabis market continues to be inundated with new and innovative technologies and products, many users still appreciate the simplicity and tradition surrounding more rudimentary practices. 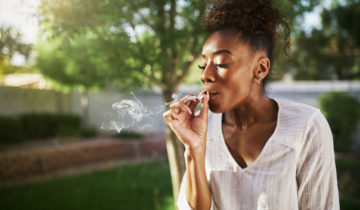 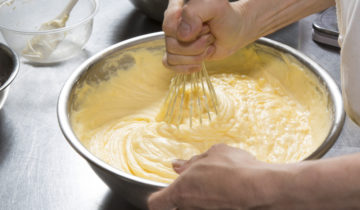 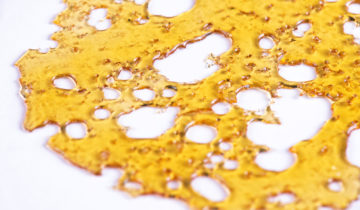 What is Shatter? Extraction Methods & How to Use it