If you’re reading this, you’re likely aware that the cannabis concentrate community is rapidly expanding thanks to the legalization of marijuana. This powerful form of cannabis sends users down a super two-lane highway directly towards an intense, couch-locked high in one hit, and perhaps none is more popular right now than rosin.

As you can imagine, this is a very appealing prospect for heavy weed smokers that are looking for a more potent and versatile product that can be smoked on bud, vaped, dabbed, or put into edibles.

Unfortunately, not everyone has access to dispensaries that carry quality concentrates, which is why we wanted to make this guide to show you how to make solventless rosin at home.

While most cannabis concentrates can be demanding to make — solventless rosin is a piece of space cake. Not to be confused with live resin, or the weed resin reclaim left behind in your pipe, rosin is completely different.

A newer type of concentrate, rosin, wasn’t created until 2015 and is quickly gaining traction as the concentrate of choice for cannabis enthusiasts.

Since this is a solventless product, rosin doesn’t require the use of butane, ethyl-alcohol, CO2, or any other substance to be made like most other concentrates. Solvents remove the unwanted compounds of the plant; leaving behind a concentrated oil that is supposed to be purified to remove the trace of any impurities before consuming.

How Do You Make Rosin?

When it comes to flexing your rosin making skills at home, there are several ways you can go about it. The easiest and most popular way to make rosin is with a hair straightener — ideally one with a digital temperature display — and parchment paper. We recommend using a flat iron that has at least two-inch hot plates as smaller plates provide less surface and pressure.

For this approach, start by turning on the hair straightener and set the temperature between 245℉ (118°C) and 280℉ (137°C). Taking the parchment paper, you’ll want to cut it into a four by four-inch square, then fold it in half.

After releasing your hold on the straightener, take the parchment paper and slowly unfold it using a pair of tweezers of heat resistant gloves so you don’t burn yourself. Then, using a dabber, collect the beads of resin and place it in a container to store.

There you have it. A safe, affordable, and easy way to create solvent-free rosin at home that is free of any harmful chemicals or substances. Keep in mind there are other ways to make solventless rosin, but the most effective way will always be via the rosin press.

What is a Rosin Press?

It is exactly as it sounds: a piece of machinery that pressurizes buds to extract rosin. Rosin presses use high-grade plates that are heated to an ideal temperature, then used to apply extreme pressure to the bud; extracting out the rosin.

This approach renders hearty yields and high-quality results, which is why a rosin press will almost always be favored over any DIY method. Simply put, it wastes less plant material, makes bigger batches, and is easier to make.

With that being said, unless you’re planning on producing yields in the kilogram range, there’s really no need to invest in a commercial rosin press. The DIY process described above will be more than adequate for home consumption.

If you’re itching to try your hand at the rosin making process, be prepared for the quality and overall output to be less than what you can get with rosin that is professionally crafted. Nevertheless, it can be done and is an ideal way to make pure and solventless rosin that is both affordable and easy to pull off. 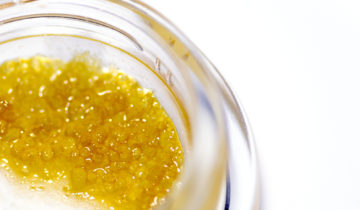 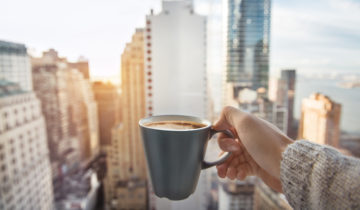 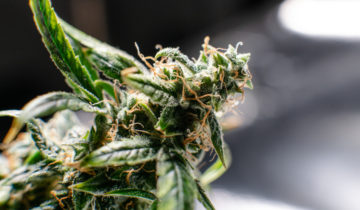 Indica vs Sativa – Why the Lines are Blurred