Hash, also known as hashish, is a cannabis concentrate that was first developed in the Middle East which later spread around the world. The plant’s trichomes, or the resin on the surface of the buds, are collected and compressed together in order to create this potent cannabis concentrate. However, the question remains – how to smoke hash?

As people work with fresh cannabis flowers, the psychoactive parts of the plant (known as trichomes) stick to the fingers. Work with enough bud, and you’ll end up with enough trichomes stuck to your fingers to actually scrape off.

It’s one of the earliest forms of cannabis concentrates that was developed when the world’s first cultivators of cannabis worked the plants with their hands. And in line with its ancient origins, you don’t need any special equipment or tools in order to smoke hash.

There are at least as many methods of smoking hash as there are of making it, and some are more effective than others.

How to Smoke Hash

How to smoke hash the traditional way?

If you want to smoke hash the way that people first used to, you can use a pipe. Using a pipe is effective if you do it properly. If you really want to be traditional, one of the Arabian traditions for many centuries was to share a bowl of hashish among friends at social occasions.

One of the best ways to smoke hash in a pipe is to mix it with some sort of buffer material like dried cannabis flower. This prevents the hash from clogging the bowl. Another good idea is to heat up the hash a bit beforehand so you can crumble it up. This creates more surface area, allowing the hashish to burn better.

Roll a Joint or Spliff

Rolling a joint with hash on its own would be pretty difficult (though not impossible). A more effective way is to mix a bit of hash in with some cannabis, tobacco, or both. Naturally, mixing it with marijuana is a good way to intensify the high that you would experience from just smoking the ganja on its own.

Joints are a good way to smoke hash because it’s easy to share and simple to prepare, though you might run into difficulties as the joint burns down due to the difficulty in properly burning it.

Hot Knives – How to Smoke Hash

How to smoke hash the fastest way?

Most people who smoked weed during their teenage years are familiar with hot knives. Hot knives are a particularly potent and, some might say, uncouth way to smoke hash.

To do a hot knife, all you have to do is heat up two butter knives on the stove. The best way to do this is to put them in between the coils of the stove so that they can stand up on their own. Once the knives are red hot, you can apply a bit of hash to a paperclip or something similar and stick that on one knife.

Stick the other knife on top and inhale.

In our experience,  it’s safer and simpler to just heat up one knife and put a ball of hash on another knife that’s not heated up at all. When the first knife is red hot, just push it up against the ball of hash. Suck the smoke and vapor up with a straw or paper tube.

Dab It – How to Smoke Hash

You can use hash in the same way that you can use other concentrates on a dab rig. Just follow the same technique but replace your oil or wax with hash.

Depending on your set-up, dabbing has the potential to be the easiest and most effective way of smoking hash. Dabbing is near instantaneous and you’re unlikely to run into the same problems with combusting hash like you would with other consumption methods.

Vape It – How to Smoke Hash

You can use a vape for pretty much any type of cannabis or cannabis concentrate, and hash is no exception. If you’re going to be vaping your hash, however, you’re going to want to make sure that you clean your vape more often than you would otherwise.

Unlike purified concentrates, hash has quite a bit of plant material present. If you don’t clean regularly, this can create resin and make your vape get dirty.

Bong It – How to Smoke Hash

Much like you can smoke your hash in a pipe bowl, you can smoke it in a bong. Again, what you’re going to want to do is break up the hash so there is more surface area for it to burn. This also makes it easier for it to actually pull through.

It’s also not a bad idea to mix your hash in with some other dry herb. This makes it burn a lot easier and will enhance your ultimate high. If you’re keen on smoking hash, then using a bong instead of a joint will make for a hassle-free experience.

The best answer to how to smoke hash?

There are many different ways to smoke hash. Each one has its own ritual, and will provide a different experience. Ultimately, there’s not really one ‘best’ way to smoke hash. It all depends on personal preference, what tools you have available, and what you’re hoping to achieve.

Hopefully this article has helped you to better understand the different ways that you can smoke hash. Good luck and happy toking! 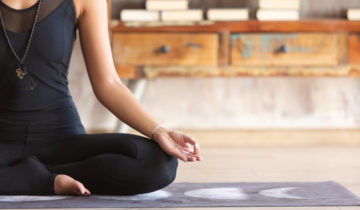 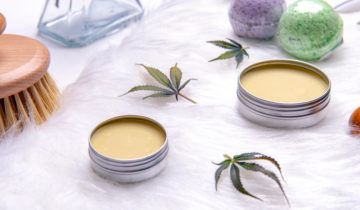 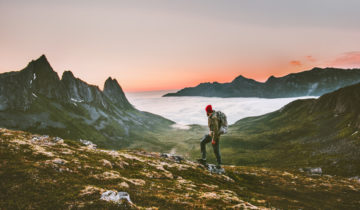 Hiking With Weed – Tips For a Safe and Fun Experience