Some people have a higher tolerance than others so we can’t tell you exactly how much is too much. With that being said, sometimes you may take too much all at one time and suffer from an uncomfortable experience that can only be described as being too high.

It starts with the expected feelings of euphoria and relaxation but starts to rapidly ramp up to an intense, and uncomfortable feeling of anxiety and paranoia. Other signs can include: increased heart rate, dizziness, feeling faint, and disorientation beyond what’s expected from a normal high.

If so, you’ve come to the right place!

So put out that joint and try out some of these remedies that will help you snap out of that haze.

How to Sober Up from Weed

If you thought you were too high and read that header wrong, you weren’t the only one. That’s right, black pepper can help you sober up from weed. It’s the same black pepper you use to season your steaks or add a little spice to your salad.

Thanks to its terpene-rich nature, it is thought to help mitigate the psychoactive effects that THC can have in the mind. Long story short, by eating some peppercorns, you might actually be relieved from some of the paranoia and anxiety.

In 2011, the British Journal of Pharmacology found evidence to support the idea that black pepper can help depress the psychoactive effects of THC. This is due to the fact that they have similar chemical compounds and the beta-caryophyllene (one of the main terpenes in black pepper) will suppress chemicals of the cannabis plant.

Have you ever been told to fight fire with fire? Well, this is one of those times that you’re going to hear it. Before you relight your joint please read this section carefully. It is no secret that cannabidiol (CBD) can be used therapeutically to treat things like nausea, anxiety, and paranoia.

Although CBD is commonly found alongside THC in the cannabis plant, the strains that are smoked for their potency usually have CBD levels of 1% or lower to maximize their THC percentages.

As early as 1982, researchers were able to discover that CBD can help complement the effects of THC by lowering the anxiety in the patients within their study. Another study from 2013 also found similar results with their patients as well. In both articles, the volunteers showed noticeable differences in their cognitive abilities when CBD was coupled with THC.

In short, based on some evidence from past research, CBD could act as a quick remedy if you’re too high and want to sober up a bit.

You might already be doing this, but in case you aren’t, drink plenty of water and stay hydrated throughout your high. When you drink water, it not only replenishes your body’s supply but can also help with the much-dreaded cottonmouth that many stoners face. While you rehydrate, it is also important to have some food alongside your drink.

Although it may not be noticeable when you’re too high, weed can lower your blood sugar levels and cause feelings of fear, panic, and confusion. To counteract this low blood sugar, you will want to eat high carb foods such as cookies or other sweet treats.

One thing to remember before you take a trip to the grocery store is to be cautious with food that contains myrcene such as mangoes. It is a terpene that could increase the length of your high and enhance the effects of THC.

In 2013, University of Louisiana’s School of Medicine found evidence showing an increase in cognitive function when participants took anti-inflammatory drugs after ingesting cannabis.

These drugs are typically found over-the-counter and include ibuprofen (commonly known as aspirin). Since we aren’t medical professionals, we cannot recommend which drugs you should take for this purpose. Ibuprofen was the drug used in the study listed above so it is the drug we listed.

This ancient method of relaxation has lasted the test of time and may help you get through this until you come down. Make sure you’re in a comfortable and familiar environment so you start with minimal stress levels. When you feel your heart rate increasing from anxiety, take long and deep breaths to calm yourself down.

The main goal of meditating is to focus on breathing to ride out the unpleasant feelings of the present and to set your mind on feeling better. Just remember and reassure yourself that everything will be alright and in time, your body will breakdown the psychoactive chemicals inside you. It helps to turn on some calm, soothing ambient sounds while doing this. These sounds will contribute to your recovery since it can also aid in passing time.

By practicing these breathing exercises, you are not only calming your mind down, but this is also your body’s natural way of slowing down your heart rate.

If meditation is not your cup of tea, then you can also opt to find a calm activity to stimulate your brain. Examples of this include: going for a walk, listening to music, watching tv, or call someone to comfort you. The main goal of this is to keep your mind off of being too high and instead focusing on another task or idea. In doing this, your paranoid thoughts are on the back burner and instead, you’re focusing on what channel to watch or which album you should listen to.

Essentially, if you’re ever too high to comprehend how to perform basic tasks such as tying your shoelaces, the last thing you need is to be worried about other things as well. This is why it’s recommended to avoid large crowds. Paranoia stemming from how others perceive you won’t help you get through your high. With that being said, steer clear of nightclubs, bars, crowded restaurants, or any other large public gathering.

On the same note, you should avoid hot environments such as steam rooms, hot tubs, and bathhouses. Immersing yourself in these places can be detrimental to your recovery because it increases your heart rate. As we’ve discussed before, this increased heart rate can be mistaken for an anxiety attack and psyche you out rather than its intended purpose of calming you down.

Probably the simplest solution in answering the question of “how to sober up from weed” is simply to sleep it off. Much like if you’re too drunk, you would go home and recover within the comfort of your bedsheets. It is recommended that this method be used with one of the others above because by itself, it may not be as easy as it sounds. Your head might be spinning and racing so lying down would be a difficult task in and of itself.

One way of passing time while you cannot sleep is to prepare your bedroom when the time comes. Try and keep the room dark and cool. Get yourself a bottle of water in case you wake up later and you’re feeling thirsty. Set up a playlist of calming tunes to lull you into bliss.

How to Sober Up From Weed – How Long Does it Actually Take?

Once you have started the process of sobering up, you might ask: how long does it take to sober up from weed? It’s a complex question that involves many different characteristics. These include your age, weight, familiarity with being high, the potency of the product used (and how you consumed it), and how much you’ve eaten that day.

The average user will experience the high for approximately 3 hours but can range anywhere from 30 minutes to 16 hours. If you’re smoking marijuana, then you can expect the strongest effects around the 1-2 hour mark.

However, with edibles, it may take 1-2 hours for the effects to even begin. The high can last at least 4 hours and probably even longer. This is why it is important to take a day off if you plan on consuming edibles, especially if you have a low tolerance for THC.

We hope this guide has helped shed some light on ways you can sober up quickly from a potential “green out” experience. As always, the best course of action is to take things low and slow and to experiment with dosages to find out which one works best for you. 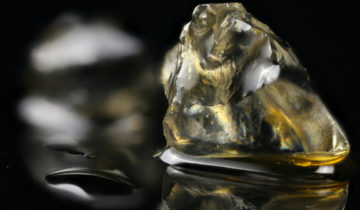 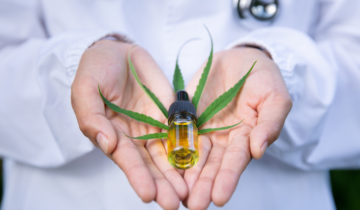 CBDA vs CBD: What You Need to Know 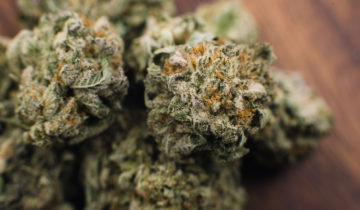 Microdosing Weed – Getting Lifted Without the Buzz