There is no questioning about the visual appeal of good purple weed strains. They are a feast for the eyes, so it’s no wonder why most purple strains became world-famous due to their hue alone.

However, it does leave critical thinkers questioning if there is more to these strains than just a pretty face. Are there any advantages of consuming purple weed that you wouldn’t get with regular green coloured weed?

Long before genetic profiling and cannabinoid testing — cannabis enthusiasts based their weed judgments on weed’s colour, taste, and smell. In fact, 93 percent of tokers purchase their bud depending on what size and color it is.

To understand this instance better, we’ll uncover the science behind why some weed strains are purple, and what this means for you as a consumer.

What is Purple Weed?

Purple marijuana also referred to as “purps” or purple buds is a reference to a class of dark-colored strains. They usually look like they have purple-tinted leaves; however, they can also get so dark they almost look black.

For some odd reason, people began associating darker colored weed as being indicative of having more potent sedative properties, or they simply assume all purple strains are Indicas.

Whether a plant is a sativa vs indica is dependent on how it grows or the environment in which it was produced.

Indicas are short and bushy, whereas sativas are taller and more slender in stature, but they both produce purple buds.

But why then are some weed strains purple? — this we are going to answer for you right now!

Why Does Weed Turn Purple?

The cannabis plant doesn’t stay a consistent color throughout its lifetime, and most strains change colors as they mature, grow, and change in composition.

It’s the plant’s anthocyanins (water-soluble pigments) that cause them to appear purple, green, red, or blue. All plants including fruits and vegetables contain anthocyanins, and like the produce we eat — cannabis is also influenced by temperature.

Marijuana that is grown in cooler climates produces lower levels of chlorophyll, which is the green pigment found in plants required to initiate photosynthesis.

Since we know what factors influence the coloring of some of our favorite strains, they can be easily manipulated by controlling the temperature and acidity levels.

This gives breeders the power to highlight the qualities and colors they want while inhibiting the ones they don’t.

That said, manifesting a purple pigmented pot is relatively easy to pull off.

Once the plant ages and the chlorophyll (green color) starts to degrade, purple coloring can be added to younger plants by placing it in a neutral PH environment.

As we stated earlier, the environment your plant is grown in, including temperature, PH levels, nutrients it is given, water and light it receives, and when it gets harvested, all contribute whether your plant will turn purple or not.

Considering this, we can plainly see why and how the pigmentation or color of a particular strain doesn’t dictate its quality or how potent it will be.

What Strains Have Purple Weed?

While it’s true that color doesn’t impact potency or quality — there are weed strains that are more predisposed to having a purple hue.

It’s also important to note that different strains of genetically purple cannabis can vary significantly in color; in fact, some purple strains can be so purple they look black. And some will look mostly green with a little purple tinge around the edges of the leaves.

This is because different strains have different levels of anthocyanins contained in them.

It’s one of the top sellers in the bud and seed cannabis markets and one of the best selling indica dominant breeds.

It is known for its great smell that’s reminiscent of a vine of grapes.

What makes GDP a special strain is its medicinal properties. Grand Daddy Purple has strong sedative properties that can help fall asleep while also eliminating stress and depression.

After a long and busy day, this strain can be your best companion.

Purple Haze is another famous purple cannabis strain that happens to be Sativa dominant.

Popularized by Jimi Hendrix and his psychedelic music, the strain delivers a euphoria rush that hits heavy in mind.

Not only it looks great and smells fantastic, but it also provides a high that is smooth and lasts for hours. If you are a seasoned smoker who wants to experience a new Sativa high that is strong and tasty, give this strain a try!

As you can see, purple buds come in indica, sativa, and hybrid strains, however, the majority of purple weeds out there are going to be indica or hybrid dominant.

Purple weed is usually the result of good genetics and breeding — and little else. Looks aside, there is no good reason to believe that purple cannabis is better than green weed in any way.

Even the European Food Safety Authority agrees, stating that there is zero evidence that demonstrates anthocyanins have any benefit to humans or the diseases we are plagued with. They do contain more antioxidants than green strains, but that will only do your body good if you’re eating the bud raw; which won’t happen.

Purple Weed – Worth a Try?

We love the beautiful array of colors and the unique traits that shine through with the wide array of purple weed strains we have on the market today.

But if you’re on the hunt for purple weed breeds because you think they’re a higher-quality or more potent product, you’re wasting your time.

What matters the most is finding good quality growers and dispensaries; if they happen to carry a pretty purple strain that smells good to you, and contains an optimal percentage of THC — by all means, smoke it and enjoy! 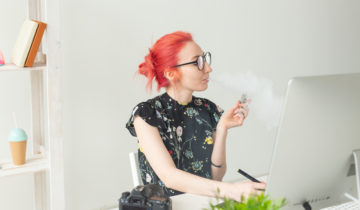 Is Vaping Bad For You? Facts & Benefits 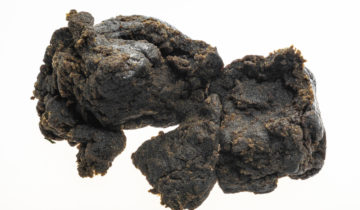 Charas – Exploring the Origins of Hash