Are you a fan of cannabis sativa or indica strain? What about cannabis ruderalis? Don’t worry if this one sounds new to you! Cannabis Ruderalis does not get the love and attention that those other two strains get, but it should, since it’s present in almost all of the modern strains that we enjoy today.

You have likely had lots of exposure to Sativa and Indica, but likely not with Ruderalis, at least not directly. Prized for its genetics, this strain has been crossbred with numerous other strains to cultivate new strain varieties with improved genetics.

Chances are, you’ve already tried ruderalis before, just not in its “pure” form.

What’s so great about the ruderalis plant and how can you use it to better your own strains?

The Other Cannabis Strain

We won’t bore you with the details, but the name Ruderalis comes from the Russian term used to describe where humans have been. The Ruderalis strain loves growing in the disturbed lands of traveling humans. It grows even better in the areas used for the cultivation of hemp cannabis varieties.

Ruderalis evolved out of the Indicia strain, which itself came from the Sativa strain.  This is why the plant looks more like the Indica strain than Sativa. The fun twist here is that the buds of Ruderalis look more like Sativa flowers.

First seen in Southern Siberia in 1924, Cannabis Ruderalis was rather late to being recognized. This trend has continued with Ruderalis not getting nearly as much love as Sativa and Indica. Botanists are still debating the details, but the consensus is that Ruderalis is a unique strain under the cannabis sativa L. genus. It has grown wild for centuries, although its evolution has not been confirmed, and still grows throughout Central Asia.

Nonetheless, it doesn’t get much love from botanists, with comments like how Cannabis Ruderalis likely represents a degenerate, inbred, and unselected hybrid blend of various Cannabis gene pools that survived as feral escapes.

The light green hue of this wild and hardy plant helps it stand out. The plants tend to grow fewer side branches with narrow palmate-shaped leaves.  Unless you’re a grower, you may already be bored with these details, waiting to hear about whether it gets you high. This is, unfortunately, one downside of the Ruderalis strain, as it is a low-yielding strain compared to Sativa and Indica. While the THC may be low, Ruderalis can produce some decent CBD content.

The plant itself is also smaller and stalkier. This can be great for those looking to grow indoors, but not for those wanting that high potency variety. Don’t look past the Cannabis Ruderalis strain just yet, as it has one characteristic that has made it commonly used by breeders, being an auto-flowering plant.

Growers fell in love with this feature and continued efforts to get the THC yield back up to levels consumers demand.

Breeders have taken full advantage of this single trait to benefit us all.  The Autoflowering trait can be passed onto the children of cross-bred parents. So take a Sativa or Indica mother and pollinate it with a male Ruderalis.

The outcome is a strain that develops autoflowering characteristics, every time. Autoflowering is great all around, for breeders, home growers, and the cannabis industry.  For example, with such a short growing season, two outdoor grows can be completed in one summer.

As we discussed, this does have the unfortunate consequence of lower THC yield.

Luckily, Breeders are brilliant and determined people. They then bred that strain with a pure strain, over and over. Whether we’re talking a landrace Sativa or Indica, the end result is higher THC content.

Autoflowering strains may not be quite as high in regards to potency and yield as others, but the difference has gotten much smaller. Most cannabis strains have now been hybridized enough times to make the differences between all three strains smaller and smaller.

The result of this hybridization, performed over and over, has been amazing new hybrids. These are now widely available at seed sellers everywhere. These breeders knew what they were doing, and now home growers can get these benefits at home.

The Benefits to Growing Ruderalis

There are two main reasons why the average home grower loves Cannabis Ruderalis genetics in their plants. As we mentioned, they are all autoflowering plants. This means that you don’t have to try to figure out how to set those damn lights onto a different schedule. Not having to worry about the lighting schedule is great for those who rather just baked and watch their plant grow then fumble with technology.

For the same reason, this plant is great for growing outdoors no matter where you live. The hardy weed-like traits of this variety make it a survivor, even if you don’t treat it as well as you should. Talk about versatility and flexibility!

On the note of being flexible, we get to the second fantastic characteristic. The Cannabis Ruderalis strain is also great for tight spaces. It does not grow as tall as other varieties, and it responds well to physical training (shaping and bending the plant with rope).

If you’re looking for some good CBD content, many Ruderalis strains can help you there. Look for ones that have been cross-bred to get that THC potency back up to levels that may surprise you.

Plants with Ruderalis genetics get to full maturity in about ten weeks. This is a shorter growing period than many other strains, especially Sativas. If you have rather basic growing skills and a small space, then consider autoflowering seeds next time you make a purchase.

And don’t forget to think about Cannabis Ruderalis! Even the expert grower can get incredible results out of autoflowering plants, taking full advantage of the benefits discussed around lighting and space needs.

For the budding home growers, incorporating ruderalis in your own endeavors could make the difference between an average yield and a large one.

Consider including ruderalis in your next grow – you’ll thank us later! 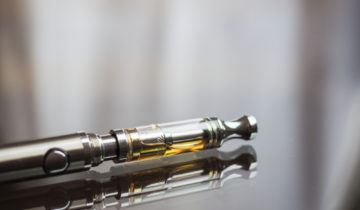 How to Choose, Use and Buy a CBD Vape Pen 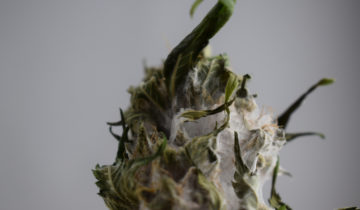 Moldy Weed – The Dangers & How to Prevent it