While only emerging onto the cannabis marketplace in recent years, shatter has quickly evolved into one of the most popular and widely in-demand cannabis concentrates across the recreational and medical marijuana industry.

With its innate potency, appealing aesthetic and calculated purity, marijuana shatter has captivated consumers and members of the cannabis community across the world.

That said, what are the distinct characteristics that set shatter apart not just from standard cannabis flower but other cannabis extracts, as well?

This inquiry is precisely what we are aiming to answer today. This article will delve into what, specifically, cannabis shatter is, its unique creation process, what unique traits set it apart, and how to use it.

What is Marijuana Shatter?

As its name implies, shatter is a somewhat fragile, glass-like cannabis concentrate. This 710 extract also goes by other names, including shatter wax, shatter weed and sometimes even shatter drug.

Manufacturers create cannabis extracts, like shatter, by extracting the essential oils and chemical compounds, including cannabinoids (including THC and CBD) and terpenes present in the starting cannabis plant material and isolating them to create a stronger, more concentrated final product.

This classification is the reason behind another common name used to describe these items, cannabis concentrates.

These products are created using a wide range of extraction methods, most of which include introducing a chemical solvent to the original plant material, with the most common examples including propane, CO2 (supercritical carbon dioxide), and butane.

That said, we will explore the shatter extraction process in greater detail in the following section.

Regarding the name shatter, in particular, this apt moniker is due to this cannabis extract’s distinct texture, which is like glass, shatter tends to ‘shatters’ when broken apart.

What many users appreciate about cannabis shatter is that it can contain up to 80% THC or more by weight.

To put this number into context, these high THC levels place shatter among the most potent options currently available on the cannabis extracts market.

How is Shatter Made?

As we mentioned previously, many concentrated cannabis products, like shatter, require the introduction of chemical solvents, such as butane, propane, or CO2, to create them properly.

However, it is important to clarify that CO2 is typically utilized to create cannabis products such as CBD/THC distillate and cannabis oil, not for cannabis concentrate extraction methods.

When it comes to how shatter is made, the starting materials producers typically begin with is dry medical marijuana flower and their specific solvent of choice.

More often than not, the most commonly utilized chemical solvent for creating shatter is butane.

Cannabis flower is left to submerge and soak within its solvent of choice. Once the solvent strips the cannabinoids, terpenes and other active compounds from the starting cannabis material, producers are left with a raw marijuana oil that they must subsequently ‘purge’ to remove and separate the solvent from the extracted oil.

This purging process comprises whipping the raw cannabis oil and placing it in a vacuum oven. In this chamber, heat and pressure eliminate any remaining solvent, leaving no residual hydrocarbons behind.

By the end of this stage of the shatter creation process, manufacturers have butane hash oil, also known as BHO.

Butane hash oil can then go through additional processing to produce several different cannabis concentrates, including wax, crumble, and, of course, shatter.

With this butane hash oil, the next step in the shatter-making process is referred to as ‘winterization.’

This stage of creating shatter involves removing the plant’s lipids and waxes from the oil.

Commonly, pure ethanol is combined with the cannabis extract and physically agitated to separate the solids from the oil.

From there, this combination is placed in a freezer.

The lower temperatures in the freezer cause the lipids to congeal and separate from the rest of the mixture. Following this stage, manufacturers will use a filter to catch the coagulated lipids and remove them.

Depending on the desired final product, this winterization process may be performed up to 3 to 5 times.

After the cooling and siphoning processes are done, producers will evaporate the ethanol from the substance, leaving behind a glass-like marijuana concentrate, or what we now know as shatter.

There are a few key features that set shatter apart when compared to other cannabis extract products.

As have already also touched on, this cannabis concentrate is among the most potent examples of cannabis extracts aside from pure THC isolate or distillate.

Despite the two latter exceptions, shatter is one of the strongest cannabis concentrates available on the market today, with 80% THC or more.

In the realm of cannabis extracts, shatter is also one of the most well-known. Its distinct, glass-like appearance is instantly recognizable.

While HTFSE concentrates might feature more flavour due to a higher terpene count, many people enjoy shatter for its pure and potent experience.

How to Use Shatter

When it comes to comprehending the most popular methods for smoking shatter, the most prevalent answer, by far, is dabbing.

Dabbing is the act of vaporizing cannabis extract using a piece of equipment known as a dab rig, essentially a modified marijuana water pipe or bong.

These vaping apparatuses have a primary chamber containing water, and users will inhale the vapour once it passes through this water. That said, there is one substantial difference between dab rigs and bongs.

Namely, dab rigs have a separate accessory known as a ‘nail’ instead of the classic bowl associated with a bong. These dab nails comprise high-heat-resistant materials, which is noteworthy because it allows them to be heated by using a small blowtorch.

Once users initially heat the nail, they must let it cool for a few seconds before placing a small amount of concentrate onto it. Once they do so, the nail will instantly vaporize the concentrate, at which stage they can inhale the resulting vapour that’s produced.

Still curious? Read our guide to cannabis dabs for more information on how to dab and the different kinds of concentrates you can dab with!

For those unsure of which shatter products to try, Hooti Extracts Shatter is created using closed-loop extraction to produce a product that combines quality with authenticity. Our unique approach ensures final results that are entirely solvent-free and as pure as our extraction process.

Ultimately, the best and safest method for consuming marijuana concentrates is to start low and go slow. This sentiment is particularly prevalent with shatter, specifically, as it is one of the strongest variations of these products, with upwards of 80% THC or more.

Ingesting too much could lead to unpleasant outcomes, including suffering from a green out, a situation that one should do their utmost to avoid.

With its potency, versatility, and profound purity, it isn’t all that surprising that shatter has risen to the top as one of the most desirable and popular cannabis concentrate products available today.

Shatter, and other cannabis extract variations illustrate the innovation that continues to drive the cannabis industry while demonstrating how far it has already come.

Now more than ever, users have the luxury of choice when selecting the products and qualities that work best for them and best suit their particular needs.

That said, users should still practice caution and be careful when dosing shatter.

Remember, a little goes a long way. Compared to standard marijuana flower, shatter contains upwards of 80% THC, meaning that it doesn’t take nearly as much to produce the desired effects.

In terms of how to consume shatter, dabbing remains the most popular method. That said, it isn’t the only option. It can also be consumed by using specialized vaporizer pens or in a twax joint.

It’s crucial to use products such as shatter carefully, especially if you’re a new user.

Ingesting too much of these high potency products could result in undesired outcomes, such as experiencing a green out.

Additionally, it’s always best practice to ensure that you are purchasing your shatter from a trustworthy and reliable source.

Whether you opt for a mail-order marijuana service or a reputable local dispensary, it’s responsible for ensuring you know precisely where your products come from and that they’re safe to consume. 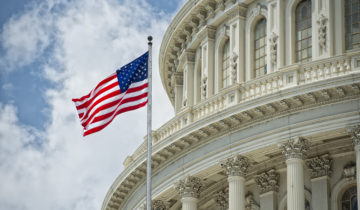 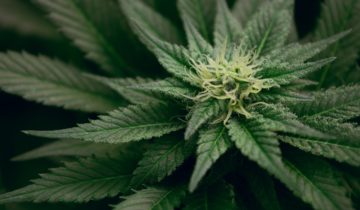 THCV – The Cannabinoid For Weight Loss 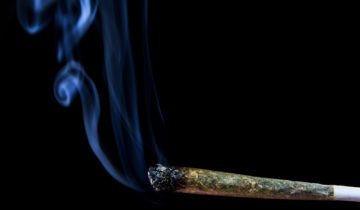