You might not have heard of terp sauce yet (also known as Diamond Sauce) since it’s such a novel invention. But if you have, you’ll know why it’s increasing the divide between those who want the most potent concentrate and those who want a flavourful and tasty experience.  With that being said – live resin –  is known for the same qualities, so how is terp sauce different? Better yet, what is it and how is it made?

Answers to all your terp sauce questions will be provided as we’ll explore in this guide; but first, let’s start with the terpene basics.

The smell and aroma of plants are a double-edged sword. For many, it draws us in, even going as far as to heal us with its therapeutic properties. But for just as many others, it also has the opposite effect, creating allergies and detrimental levels of toxicity.

There’s a reason for the undesirable effect, as terpenes are designed to play a defensive role for plants (and insects), helping them ward off predation from other animals and bacteria.

But for us humans, terpenes can not only stimulate our nasal faculties but when consumed can provide us with psychoactive experiences.

So ultimately, it’s not all about cannabinoids when you’re thinking of cannabis.

In fact, studies are showing that the role of terpenes is playing an ever-increasingly important role in the medicinal and recreational factors of the plant.

With this said, you’ve probably guessed that terp sauce was designed to take full advantage of terpene’s unique chemical characteristics, but the question is how?

What Is Terp Sauce?

Both camps are correct, but what defines this concentrate is more inclusive than just that.

Terp sauce, which is also known as “terp juice”  is simply any weed concentrate, from distillates to live resin to THCA crystalline, that’s covered in a high terpene extract (HTE) viscous liquid.

This liquid by itself is also known as “terp syrup,” or “sauce terp” and is generally ranging from darker amber to yellow in colour, while sauce terp that includes THCA crystalline usually resembles clear crystals being drenched in the coloured liquid.

And given this concentrate’s extraction process, the cannabis concentrate falls into the solvent category, meaning it uses solvent-based chemicals. This, in turn, allows it to contain almost double the amount of terpene content compared to other concentrates in the range of 15%-50% overall, further giving those an elevated flavourful and psychoactive experience.

However, this concentrate has more to offer than just elevated flavours.

When venturing into the world of terpene-focused concentrates, you’re treading into organic chemistry territory, probably a lot more than you’d like. As previously mentioned, this extract is solvent-based because of its chemical-based extraction processes, but in addition, it can also be a full-spectrum concentrate, depending on the cannabis used for its production.

If you’re not familiar, a full spectrum concentrate means that the substance doesn’t just contain individual terpenes or cannabinoids, like THC or THCA, but also others like THC-V, CBG-V and the hundreds more that are proving to be more medically viable when used as a collective.

Cured Cannabis or Live Resin As A Terp Sauce Ingredient?

Whether terp sauce is a full spectrum extract or not depends on the type of weed used– if cured and dried cannabis is used, you can expect your concentrate to have the collective power of many cannabinoids and terpenes.

The question really depends on your taste and consumption goals. That said, here’s how terp sauce is generally made with dried and cured flowers as a starting point.

How Terp Sauce Is Made

Those partaking in making this aromatic and flavourful concentrate generally start with high terpene content strains, as doing so will create a higher quality end product. With such strains, professionals typically create a live resin extract first, which is done by flash freezing cannabis overnight. Then, it’s the process of separating cannabinoids from flowers through a butane or propane extraction that’s typical of all BHO concentrates.

Once extracted and the live resin is created, the concentrate is purged from residual solvents through light heat at roughly 30 -35 degrees celsius. After doing so, the resin is placed into jars or containers for 2-3 weeks to now separate terpenes from the live resin concentrate. This is done at room temperatures.

During this period, terpenes will form a light dense liquid on top of the jar or container, while THCa crystals will start to form on the bottom.

One the crystals have fully formed, the next step is to do a final purge of both the crystals and terpene liquid separately. It’s recommended that crystals are purged using the same process previously for roughly 72 hours, while the liquid concentrate is purged for 60 hours.

Once the last purge is finished, the final step for your concentrate is to place both substances in the same UV-proof container, therefore mixing and letting them preserve together.

What you’ll have as a result is an extract with a terpene profile of roughly 15-50%, and a cannabinoid profile of 30-50%.

How Do You Smoke Terp Sauce?

If you’re focused on smoking terp sauce, there are a number of ways of doing so. The first and most popular way is to dab–which requires dabbing essentials like a dab rig, a dab nail, a torch, a dome and a dabber.

An alternative to this is to lightly drench the inside or outside of your joints and blunts with the high terpene content liquid through the process of “twaxing.” In addition, you could also use a dab pen with a refillable cartridge, thus using your terp sauce as the liquid.

If it’s flavour and cannabis’ full-fledged medicinal properties that you’re after, then terp sauce is probably as good as it gets when it comes to cannabis concentrates, as it contains up to levels of 50% terpenes and cannabinoids each. No joke.

However, its full-spectrum properties aren’t guaranteed, thus if it’s important for your needs, ensure that your manufacturer is using cured and dried cannabis flowers as a starting ingredient.  We also recommend you use a dab pen and refillable cartridge for consumption, as dabbing outright isn’t the most convenient and safest process. 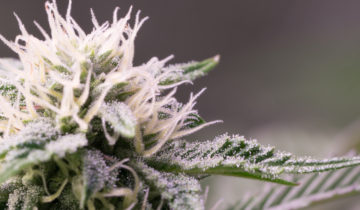 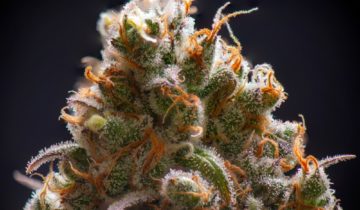 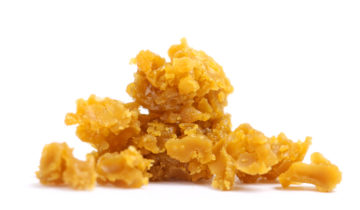 What is Weed Crumble? Crumble Wax Guide & How to Use it